Grammy-nominated producer and frequent Lady Gaga collaborator Paul Blair (aka DJ White Shadow) will lend his musical genius and vision to the dynamic disruptors at the female-helmed INDISTRY TV, the one-of-a-kind interactive streaming platform that focuses on up-and-coming content creators. As a stakeholder in INDISTRY TV, Blair will work with Co-Founders/Chief Executive Officer Mary Landaverde and Chief Operations Officer Erroll Angara to expand their footprint in the music business, mentoring emerging music artists. Blair will also work with the duo on his “DJ White Shadow” branded channel. The platform’s first celebrity channel gives fans a personal look into his life and work, including his Las Vegas residency in 2020. Fans can also look forward to a new digital series currently in development by the team.

A-list celebrities and professional athletes are supporting a ban on single-use plastic bottled water across the country in governments, airports, schools, and major retailers. As unfavorable sentiments on single-use plastic accelerate, a shift toward reusable products is waking a giant reuse revolution. PATHWATER, the first bottled water company to package their water in a refillable bottle instead of single-use plastic, will be working on hosted pop-ups with A-list celebrities and educational sessions with policymakers to help raise awareness. Watch for celebrities and investors supporting this issue at stadiums, events, music festivals, social media and giveaway events, where they will offer up their own memorabilia.

Check back regularly for entertainment industry news and updates about headline-grabbing innovators! 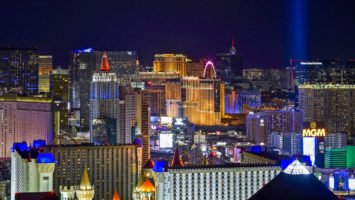